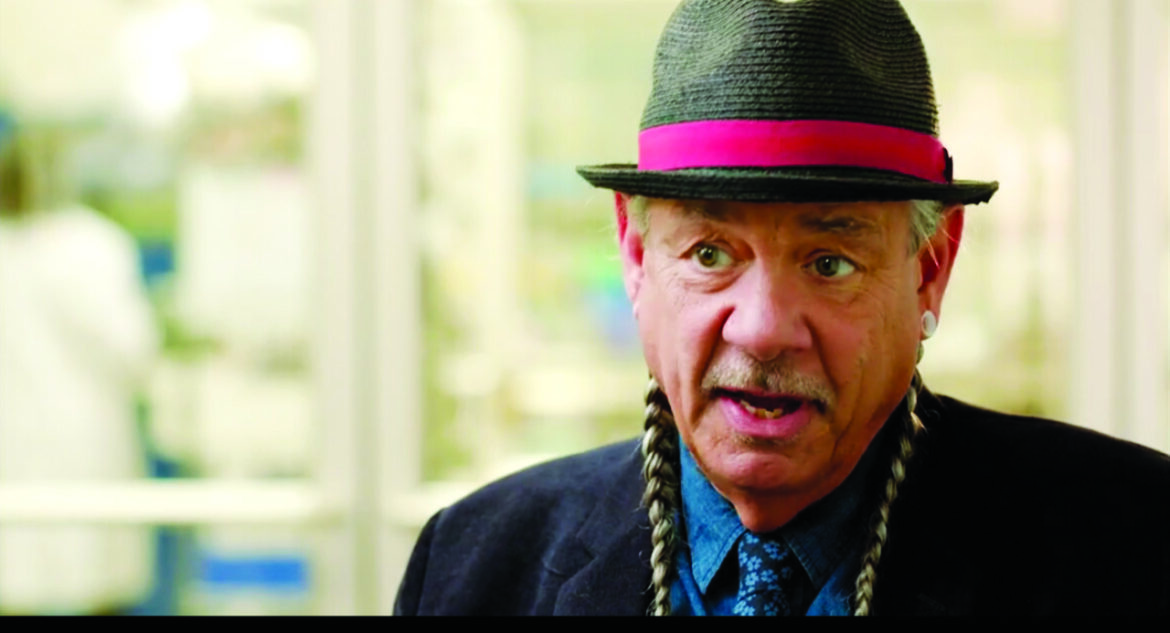 In the summer before she was supposed to start third grade, Rylie Maedler’s teeth started falling out. The Delaware kid’s mom, Janie, also noticed an “asymmetry” in Rylie’s face. A CT scan revealed that a tumor was winding its way through the seven-year-old’s skull, the result of a rare disease, Aggressive Giant Cell Granuloma.

Though it was “benign” in the sense that it wasn’t cancerous, the tumor could still kill her, and in the meantime it was making her life miserable, causing pain and seizures. And it was growing.

Janie got to Googling. As she sought medical treatment for Rylie, she waded through web pages filled with supposed cures that promised to shrink the tumor—all manner of tinctures and herbs. But amidst the quackery, she noticed that references to cannabis were especially numerous. The deeper she dug, the more she realized that it wasn’t just charlatans and the gullible making assertions: there was real science behind some of the claims.

So Janie dosed Rylie up with cannabis.

“I was scared to death I was doing the wrong thing,” Janie says in CBD Nation, a new documentary about the wonders (mostly the potential wonders) of cannabidiol, a component of the pot plant. “I mean, you doubt yourself as a parent.”

CBD is one of the molecules found in the cannabis plant that doesn’t get you high, but might carry enormous health benefits and possible treatments for a wide range of maladies, from pain to nausea to depression and anxiety. Its effectiveness with certain types of seizures is already proven.

Doctors were able to remove most of the tumor, but because the type of tumor she had usually recurs, Rylie seemed doomed. Even so, almost certainly because she was taking cannabis, Rylie’s tumor shrank. Her teeth stopped falling out. A new doctor examined her and thought her medical record must be the wrong one. “She should not look like this,” he said.

Rylie, now healthy, got the Delaware Legislature to pass a bill in 2015—Rylie’s Law—legalizing medical cannabis for children under 18 to combat certain seizures. She now advocates for medical marijuana all over the world.

The film also looks at the story of Jayden David of Modesto, whose use of CBD oil, procured with the help of Harborside cannabis dispensary in Oakland, relieved most of the worst symptoms of his Dravet Syndrome, a particularly severe type of epilepsy and autism. His story is as heart-rending, and ultimately hopeful, as Rylie’s.

David was averaging several seizures a day for the first four-and-a-half years of his life, some of them lasting 90 minutes. The seizures are now relatively infrequent.

“I’ll take two to five bad days a month compared to never having a good day ever,” his father, Jason, said in the film.

These stories are anecdotes, and CBD Nation is a documentary based largely on anecdotes. Refreshingly, the filmmakers, led by director David Jakubovic, are up front about that.

The problem is that because of the longtime illegality of cannabis, and the stigma that still surrounds it, not nearly enough research has been done. What we’re left with is just a little research and a lot of anecdotes. But they are “persistent anecdotes,” which is where research begins, as the film’s parade of top-tier cannabis researchers repeatedly note.

It’s easy to assume at the beginning of the film that you’re about to hear another dogmatic screed, perhaps full of nonsense, as so many claims surrounding cannabis and CBD are. “Go frickin’ look at the research,” is the first line of the film. “Stop saying there is no evidence. There is evidence, and it’s documented and it’s out there for everybody to take a look at.”

Ultimately, that’s what the film advocates: not that people should mindlessly jump on board with every claim they hear about cannabis, but to take seriously the science that has already been done, and push for more.

CBD Nation will be available on August 25 on Amazon Video, iTunes and video on demand.