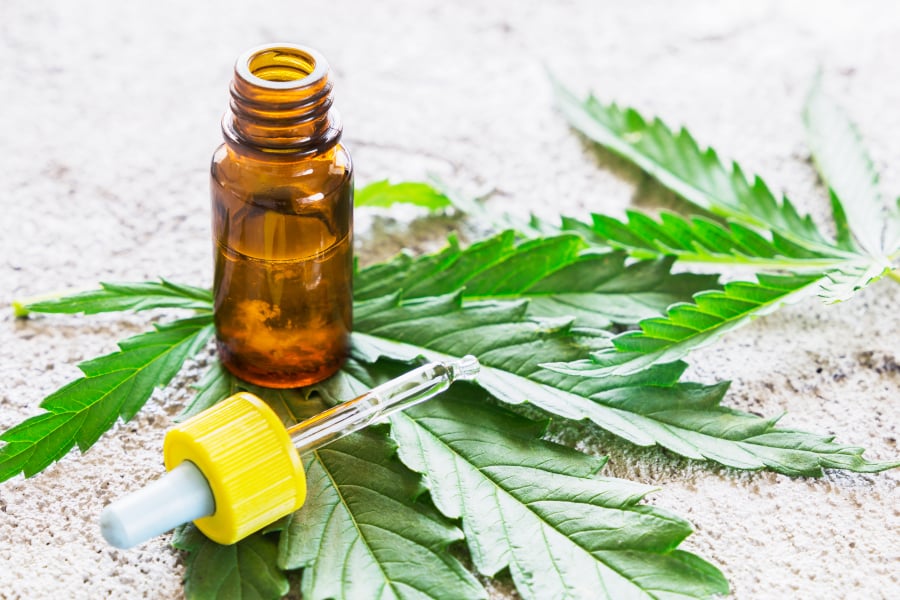 Pot for pets? It may be the next step in the ever-evolving legitimization of medicinal marijuana, and a trio of South Florida companies are competing to become the Blue Apron of cannabis oils for pets.Three companies formed in recent years are selling cannabidiol (CBD) products that owners and enthusiasts claim might be more effective than traditional veterinary medicines at treating chronic pain, inflammation and anxiety in dogs and cats.But their growth prospects face a big hurdle: While early research suggests that the treatments show promise, the legality of the products are widely disputed, preventing pet owners from buying them at their favorite chain pet store or through the most popular e-commerce sites.That hasn’t stopped Delray Beach-based Prana Pets, Plantation-based King Kanine and Fort Lauderdale-based Diamond CBD from joining a growing number of new companies around the globe that promote and distribute CBD oil products, including oral liquids, chews, balms and sprays for pets.“CBD is a gold rush, and a lot of companies have just jumped on the bandwagon,” said Jeff Riman, founder and co-owner of King Kanine, which formed in 2015 and now has, he said, hundreds of thousands of customers and sales in the millions of dollars.A few miles north, Prana Pets’ Brad Solomon and his partner, Brad Noonan, sell CBD oils alone and in combination with herbal products formulated to treat various ailments.“It actually works,” Solomon said. The partners formed the company in 2016 and saw their sales of CBD oil increase to about 20,000 in 2018, Solomon said.July 4 demandDemand peaks around July 4, when loud and frequent fireworks displays turn millions of U.S. dogs into quivering, drooling, bulging-eyed basket cases, Solomon and Riman said.Sellers are quick to point out that CBD oils don’t get pets high. They point to lab tests that show the products contain only trace amounts of THC, or tetrahydrocannabinols, the ingredient that gets marijuana users high, and say their CBD oils are extracted from marijuana’s low-THC-producing cousin, commonly known as industrial hemp.In testimonials published on CBD distributors’ websites, customers report strong results after using CBD oils to treat their pets’ arthritis, hip dysplasia, ligament tears, epileptic seizures, cancer pain and other problems.A review posted on King Kanine’s website by “Jeff C.” reported: “It’s been almost 2 months since I upped Rico’s dosage to medicinal level, and I’m amazed. His limping from hip arthritis has basically disappeared and his luxating patella issues have calmed down substantially. Rico (used) to be a slow walker, but now I have to pick up my step to keep up with him.”Lisa Turk, president of the Pompano Beach-based nonprofit Labrador Retriever Rescue of Florida, said she has seen results after giving CBD oils to her own two dogs and three rescue dogs she fostered. One had severe separation anxiety and “took the place apart if I left him alone,” she said. “It was so bad my husband and I had to take turns leaving our home. It was the worst five months of our lives. We were prisoners to a foster dog.”Used in combination with a strategy of getting the dog used to being alone for gradually increasing periods of time, the treatments calmed the dog to the point that it could be adopted and no longer has to be crated when left alone, Turk said.Another dog had such severe thunderstorm fear, she had to take him into the shower stall and put a blanket over him to calm him down, she said. “I was worried the dog would have a heart attack,” she said. Now, a pre-storm CBD oil treatment keeps the dog calm, she said.Not a miracle drugAndrew Turkell, a Boca Raton-based holistic veterinarian, said he sees promise in CBD use in combination with other treatments, particularly to treat pain, cancer, and separation anxiety.But he cautions it’s not a miracle drug. Of about 100 pet owners who have tried it at his recommendation over the past couple of years, about half told him they saw no effects, he said. “I’ve seen it work in some cases and not work in similar cases. Everything is different.”Cannabidiol derives its healing and pain-relieving powers by interacting with receptors that regulate a wide range of physiological and neurological functions, advocates say.Source: https://www.columbian.com/news/2019/jan/11/can-cbd-oil-ease-pain-for-pets/