On June 25, 2018, the FDA approved a drug called Epidiolex. Epidiolex was the first drug derived from the cannabis plant to hit the market in the US. This date serves as a watershed moment when it comes to CBD being used to treat epilepsy.

Before Epidiolex, however, there were many studies around the world on using cannabis as a treatment for epilepsy. In the US, there have existed numerous heated debates regarding the use of this plant for treating medical conditions. Often, these debates result from misunderstandings concerning the legality of cannabis.

But first, let’s take a step back and look at the larger picture when it comes to medical marijuana and epilepsy. 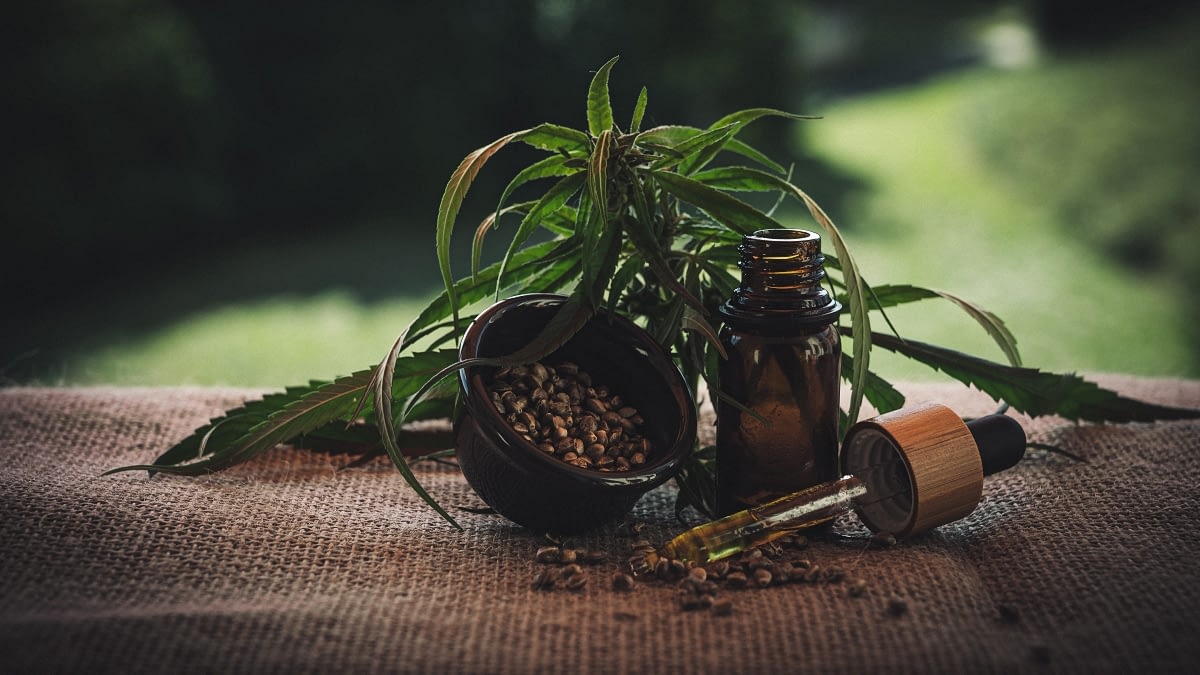 CBD stands for cannabidiol. It is one of the two main cannabinoids derived from cannabis that is used in medicine today. The other is tetrahydrocannabinol (THC). THC is the substance that causes people to feel “high” when they ingest it due to its psychoactive effects. CBD does not have psychoactive effects. Instead, it has shown to have positive effects in treating a wide variety of disorders.

CBD is the substance that has shown effectiveness in reducing seizures in some people who have epilepsy.

Marijuana most often refers to the leaves and buds of the cannabis plant. Often, people use this term when referencing the part of the plant that is considered a drug that gives users the psychoactive, “high” feeling.

Hemp is a specific variety of the cannabis plant. It has been grown historically for the fibrous materials found in its stalks and seeds. People have used hemp to make all kinds of items, including fiber for ropes, upholstery for furniture and other household items. Traditionally, hemp contains lower concentrations of THC and higher levels of CBD.

A 2018 farm bill approved the use of hemp-derived cannabidiol for medical purposes. This watershed bill opened the doors for researchers to study the possibilities of using CBD for epilepsy treatments.

As you will see below, this makes hemp easier to legalize than other cannabis plants, which in turn would make it easier to use hemp-derived cannabidiol for medical purposes.

Epilepsy is a spectrum condition, which entails that there is a wide range of types of seizures and how they affect people. It is also a chronic condition. As a chronic condition, it is different from when people suffer a seizure from an isolated incident such as extremely low blood sugar or alcohol withdrawal.

Having epilepsy can affect a person’s safety, including when they are driving a car or at work. It can also affect the relationships one has with others. According to the Epilepsy Foundation, the public misconception of the disorder and treatment by professionals are often just as big of a problem as the disorder itself.

CBD Oil for Seizures and Epilepsy

Nowadays, there are more and more studies coming out, demonstrating the effectiveness of cannabis helping seizures. But for a long time, research in this field has been difficult to carry out. That is because of federal regulations that have limited access to studying cannabidiols.

As reported by the Brookings Institution, it wasn’t until December 2018 that the government took hemp and hemp-derived CBD off the list of Schedule I Drugs and Controlled Substances. Before this, studies of CBD for epilepsy treatments in human trials were limited.

At this time, scientists do not know precisely how either epilepsy or CBD affects the brain. One of the difficulties is that its effects are different on a person-by-person basis. Also, many of the studies have relied on data pulled from uncontrolled environments.

A 2017 study in The Journal of Epilepsy Research found that CBD presented improved seizure control in patients with specific epilepsy disorders. However, researchers indicated the need for more research. They were unable to determine if the reduction in seizures was a direct result of CBD intake or other factors.

CBD has shown to be an effective anti-seizure medication. However, its specific anticonvulsant mechanism—the thing that prevents seizures—is unknown. Another issue is that CBD doses and purity are not standardized in all products.

Given the different legal statutes at both the federal and state level, CBD remains challenging to research. For this reason, scientists also have sought to uncover if synthetic CBD may present a viable alternative. A study published in Scientific Reports found that H2CBD, a synthetic form of CBD, showed an effective reduction of seizures in rats. The findings are promising as well for the research on CBD since manufacturers can produce synthetic forms in controlled environments. Such substances are less liable to violate state and federal regulations as well.

These findings and potential problems indicate that more research is necessary to examine the potential efficacy of CBD for epilepsy. The recent approval of Epidiolex shows even more potential in this regard.

Now, it’s time to get back to the drug called Epidiolex that we mentioned at the beginning of this post. There have been studies in the US on this drug for several years. The results are promising thus far. Data from studies on Epidiolex led to the FDA approval of this drug in 2018. Let’s take a closer look at Epidiolex and the research on it.

Epidiolex consists of CBD extract from the cannabis plant, which means it is a plant-based CBD formulation. It is oil-based CBD with a purity of >98%. This high level of purity ensures that each dose provides a consistent amount of CBD to its users.

One of the main problems with past studies of using CBD to treat epilepsy was that they had no control groups. In most studies, every subject received a dosage of CBD. That means that the results from the recent studies on Epidiolex are more likely to be accepted by the scientific community.

Close to 1,000 people participated in the studies. Every participant in the studies was taking other anti-seizure medications besides CBD. Those who did take CBD (i.e., were not in the control group) fell into different groups that received varying dosages of CBD.

The most common side effects were

Side effects were more common in those who had a higher dosage of CBD. It was not clear if specific side effects came from the use of CBD, the prescribed anti-seizure medications that participants were already taking, or the interaction between the two.

For the study on LGS, CBD combined with traditional seizure medication caused a significant drop in the frequency of seizures in both children and adults.

For the study on Dravet syndrome, CBD caused more of a decrease in convulsive-seizures compared to those in the control group who did not take CBD. But it was also demonstrated that those who received CBD showed more adverse side effects.

Summary and Discussion of the Trials

In summary, there were some promising findings in these trials, especially in the reduction of seizures through controlled doses of CBD.

However, there are also limitations. For starters, this covered only two types of epilepsy: LGS and Dravet syndrome. As noted above, it was only very recently that the government started approving such studies. The good news is that more will be taking place in the future.

There are ongoing trials right now looking into how Epidiolex affects people with other types of epilepsy. Namely, the Epilepsy Foundation lists several active tests that are looking for people with Sturge-Weber Syndrome and Tuberous Sclerosis Complex.

Another factor that one needs to consider is the cause of the adverse side effects. Is it the CBD? The traditional medication? Or some kind of drug-to-drug interaction between the two? There’s also fine-tuning that is necessary to figure out what is the right dosage of CBD to give people.

As we have noted, due to federal regulations, there has been a limited number of medical studies carried out in human trials examining the potential of CBD for epilepsy. However, it’s easy to find many stories that show promise and give hope when it comes to CBD helping people who have epilepsy.

We can’t be sure if the research is sound in stories like these. But they do demonstrate that on an individual level, CBD has helped many people deal with their epilepsy.

As we have seen, there is a lot left to learn when it comes to using CBD for epilepsy. First of all, both CBD as a substance and epilepsy as a neurological condition are not fully understood.

As with anything that affects the human brain, these are very complex subjects. Furthermore, federal restrictions on CBD have until very recently made it difficult to carry out scientific studies on this subject.

Studies on the new drug Epidiolex, while limited in their scope, do show promising results that, hopefully, future studies will reinforce. The research, as well as the anecdotal stories from families all across the US, provide hope that we will continue to find ways to use CBD to treat people with epilepsy.

CBD Oil: What is the Best CBD Oil for Anxiety and Stress? TopCBDOils.net 2020 Update – Yahoo Finance