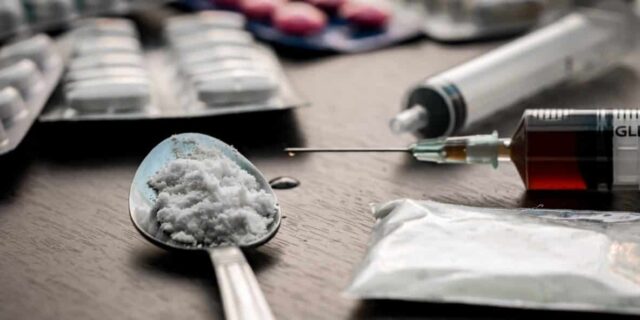 When a person starts taking drugs, it happens voluntarily. But along with formed drug addiction, a person is no longer able to stop taking them anymore.

Drug addiction is a chronic brain disorder that forces a person to use drugs despite the harmful effects. If a person stops taking drugs, they develop withdrawal symptoms, which is accompanied by very poor health, and the person becomes unable to control the cravings for drugs. The person most strongly feels the withdrawal symptoms, such as severe pain, sleep disturbances, anxiety, digestive disorders, and change in appetite, increased sweating in the first days of drug withdrawal.

The nature of addiction is often very difficult for others to understand. On a way to recovery, one can try online na meetings – AddictionResource.com provides info. At every meeting, addicts discuss the ways of appearing addiction. Unfortunately, it is believed that with sufficient willpower and perseverance, a person can quit on their own. However, since drugs have already changed the functioning of the brain, it is usually impossible without professional help.

Addiction is the same disease as others, which affect any organ of our body. Thus, addiction is no different, for example, from cardiovascular diseases, which must be treated because the heart is not working properly.

In the case of addiction, drugs disrupt the brain. When taking drugs, such as cannabis, addiction takes a long time to develop. At the same time, some substances are addictive very quickly. One of the most dangerous drugs at the present time is fentanyl (and its analogs), with the use of which physical dependence can arise after several times of use.

The changes in the brain can be irreversible. This is another reason why addiction cannot be completely freed. Similar to other chronic diseases, a person needs to learn how to live and cope with it. If an addicted person undergoes treatment and is able to give up drugs, there is always a risk of relapse. Breakdowns can occur years after stopping use. It does not mean that the treatment is ineffective, it only means that recovery takes time, and a person may need long-term support from specialists and loved ones. That is why discussing problems at 24 hour na chat rooms online is very important.

Some people use drugs (even for a long time), but they can control their use and therefore, can stop when they want to. However, there is no way to determine in advance who will abuse drugs and become addicted and who can stop early. Most experts believe that anyone can become addicted.

The reasons why some people are more likely than others to start taking drugs and become addicted have been extensively researched. As with other diseases, there are risk factors that contribute to the disease. The same factors can later lead to relapse. One of the benefits of na meetings is working with risk factors in order to avoid relapses.

How drugs affect your body

The first thing you should remember is that drugs affect the entire body. The kind of affection depends on the kind and amount of drug and also the way it is used. For example, after an infection, the substance goes directly into the bloodstream and therefore begins to act faster. When taken orally, the drug does not work as quickly. There are also such drugs, the harmful effects on the health of which become clear only when they are used in large doses or for a long time. Meanwhile, some health problems can occur after the first use.

Health problems caused by drug use are:

In addition to health problems, drug use is associated with accidents, injury, and death. Also, under the influence of drugs, a person incorrectly evaluates situations and reacts to them in the wrong way. Confusion influences people’s choices and decisions. Under the influence of drugs, people may, for example, agree to have unprotected sex, drive a car while intoxicated, or walk at night in a dangerous area. Drug use increases the risk of becoming a victim of a crime or, conversely, doing things that make a person dangerous to themselves and others.