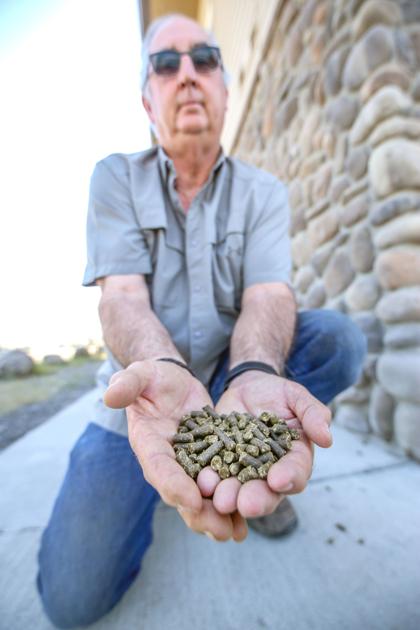 The former Hermiston Foods plant has a buyer.

Alan Cleaver, who owns Columbia Basin Onion and related companies in Hermiston, has a purchase agreement for the facility on South Highway 395. He plans to use it to extract CBD oil from industrial hemp for pharmaceutical purposes.

Cleaver said he has already heard concerns from people who associate hemp with recreational drug use or think he is processing marijuana. The strain of hemp he is growing, however, has no THC — the component that causes the high associated with marijuana use. Instead, the CBD (short for cannabidiol) oil from the hemp is used to treat medical conditions, such as epilepsy, without producing any sort of intoxication.

Industrial hemp was legalized across the United States last year, and Cleaver said his plant, which will operate under the name of Columbia Basin Extraction, will help lead the way in creating large-scale processing infrastructure for the hemp industry.

“We’re excited about the potential,” he said. “There’s a lot of hope and energy toward this.”

The plan is for Columbia Basin Extraction to spend the summer retrofitting the former vegetable-processing plant to accommodate a cold-extraction method with denatured ethanol. Sometime between October and December the extraction plant should be online. Cleaver said he will likely have 30 to 40 employees working shifts on the floor plus a few office and administrative staff.

The real increase in jobs will come from the fields, he said, as industrial hemp is a “high-input” crop that takes a lot of labor to produce.

Cleaver grew 400 acres of hemp last year to be processed elsewhere and planted more than 1,500 acres this year. Currently, he said, most operations can process between 1,000 and 2,000 pounds per day. Columbia Basin Extraction will be able to handle about 40,000 with room to grow.

While hemp plants in the field have a marijuana-like odor, they will be dried out and processed into pellets out on the farm before being brought to the extraction plant. Cleaver said there shouldn’t be a noticeable odor around the facility.

Hermiston Foods was one of Hermiston’s 10 largest employers from 1990 to 2017, when its parent company NORPAC announced it was closing the vegetable-processing plant and laying off its more than 200 employees. The building has been on the market for the last year and a half.

Due to the interest in the future of the building and concerns people may have about hemp, Cleaver said he plans to attend Monday’s city council meeting to give a short presentation and answer any questions councilors may have.

Despite its lack of high-inducing THC, research on CBD oil was restricted by all cannabis species’ classification as a Schedule 1 illegal drug until last year, when Congress included a provision in the farm bill allowing farmers to grow industrial hemp.

“There hasn’t been a lot of work done with it yet,” Cleaver said.

The FDA has so far only approved CBD oil for treatment of epilepsy, and has cracked down on companies selling CBD products under promises that it will cure other ailments.

However, Cleaver said now that the federal government has opened the door for pharmaceutical companies to perform legal research on hemp products he hopes that more FDA-approved uses are coming soon.

What Is Clearway CBD Oil Everything You Need to Know According..

CBD for pets: does it actually work? – Health Europa