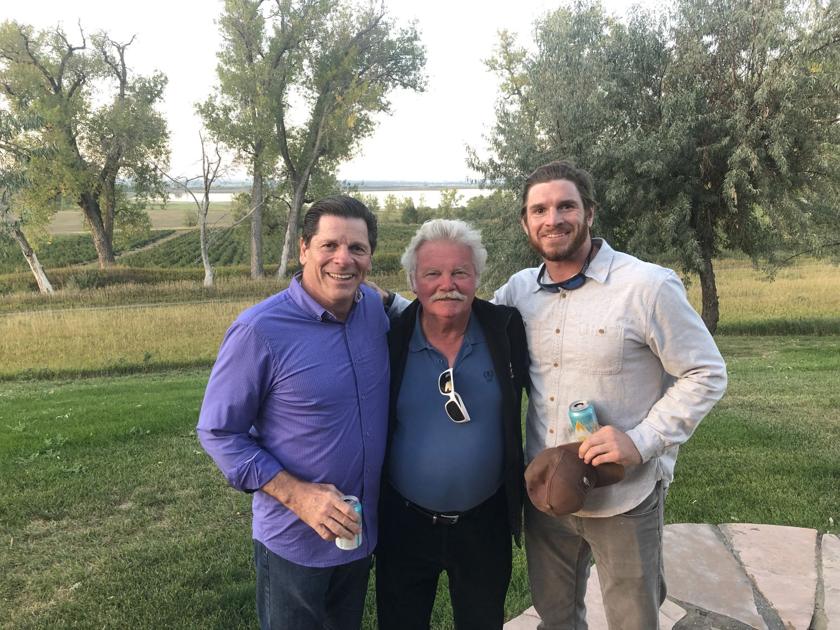 Mandeville native and former New Orleans Saints special teams player Michael Mauti had to cope with more than the usual health issues in college and the NFL.

As a linebacker for Penn State University, the former Mandeville High School star suffered three torn ACL injuries. And the stress of playing at a college football powerhouse struggling in the wake of the massive Jerry Sandusky sex-abuse scandal left the co-captain and All-American linebacker with ulcerative colitis. That digestive-tract disease resulted in multiple surgeries and the removal of his large intestine.

“A lot of the Penn State players had dealt with it in different ways, some internalizing all that stress and anxiety,” said Mauti, noting that at least two of his former college teammates also developed the disease. “I would turn on a Penn State game two years later and I’d be in a full sweat, my heart rate at 170.”

In his second NFL season, playing for the Minnesota Vikings in 2014, he started counseling sessions with sports psychologist Yolanda Bruce Brooks, who saw similarities between Mauti’s stress levels and those of combat veterans she’d treated.

To deal with pain and stress, as well as the usual wear and tear of the NFL, Mauti dove into research about alternatives for pain management, especially cannabidiol, or CBD, the main derivative from marijuana plants.

“I really didn’t want to get hooked on opioids, but there’s a lot of misinformation and junk out there about CBD, so I had to read up a lot and I tested a lot of products to see which ones worked,” he said.

That research, as well as a chance meeting with old family friends, led Mauti to join some other high-profile Louisiana natives in a push to become a major player in the fast-developing market for CBD.

Family ties led to the business deal. Gary Mutter, Shane’s father, was a longtime friend of Mauti’s father, Rich, who also played for Penn State and as a special-teams player with the Saints from 1977 to 1983. Shane Mutter, formerly a fourth-generation CEO of the family’s New Orleans furniture business, followed his father to Colorado in 2017 to ride the wave of the legalized weed market.

The Mutters started their operations in Hygiene, Colorado, about 50 miles north of Denver, with a small farm that has quickly expanded.

“We began with 33 acres in Hygiene and have grown that now to over 500 acres,” Mutter said. Their firm also formed deals with seed developers and other landowners so that they are growing hemp on a total of 14,000 acres in Colorado and other states and have built an extraction facility that can process 2 million pounds of biomass per month.

Initially, Mutter asked Mauti just to test out a dozen or so CBD products. But the two soon agreed that Mauti should join the company as Seed2System’s chief pitchman, doing a job similar to the one former New England Patriots star Rob Gronkowski has been doing for another CBD firm, CBDMedic, since he retired last year.

Mutter and Mauti are hoping to get a firm foothold early in a market that is forecast to grow exponentially over the next few years.

Amid the wave of state-level legalizations of marijuana, led by Colorado and Washington, U.S. sales of medical and recreational marijuana have quadrupled. Over the past five years, the U.S. market has grown to nearly $12 billion and is expected to more than double again by 2025, to $30 billion, according to a report released in September by New Frontier Data, a Washington, D.C., research firm.

But CBD, a nonpsychoactive cannabis extract, is seen as potentially developing into an even larger market, especially after passage last year of the Hemp Farming Act that reclassified hemp as a regular agricultural product instead of a regulated drug.

While there are still some murky legal areas — the U.S. Food and Drug Administration has so far approved only one CBD-based drug used to treat childhood seizures — the potential market for CBD is much larger as the product gains acceptance for a wider range of treatments.

Brightfield Group, a Chicago-based research firm, expects CBD product sales to grow to $5 billion this year, up from $620 million last year, and to $23 billion by 2023.

Mutter said the key focus is on seed development, with the aim of being the high-quality product of choice for the myriad CBD products that are expected to develop. It’s a market segment that already includes skin and haircare products, as well as various products aimed at pain management.

“We have organic certifications on 240 acres of our farms, which plays a huge role with larger retailers in that space,” said Mutter. “We are looking to partner with large product companies. … Our goal is to land accounts like Coca-Cola or Pepsi and even jump into products like ice cream, sports bars and even sleep-related products.”

But Mutter doesn’t have high hopes for the business in his home state.

“We are not looking to get established in other states like Louisiana,” he said. “Not everyone should be in this business, and just because a state allows it doesn’t mean everyone that has 10,000 acres should be farming this product.”

He added that it takes years of experience to run a hemp farm, and that Louisiana’s climate is not the best for hemp-growing.

For his part, Mauti said he’s ready to proselytize for CBD oil.

“As an athlete, it’s been an integral part of my recovery, and I really believe it saved my life,” he said. “Given today’s climate and the pushback against opioids, I believe it is the future of medicine.”

Cannabis Beverages as a Refreshing Option for Consumers – Plants Before Pills