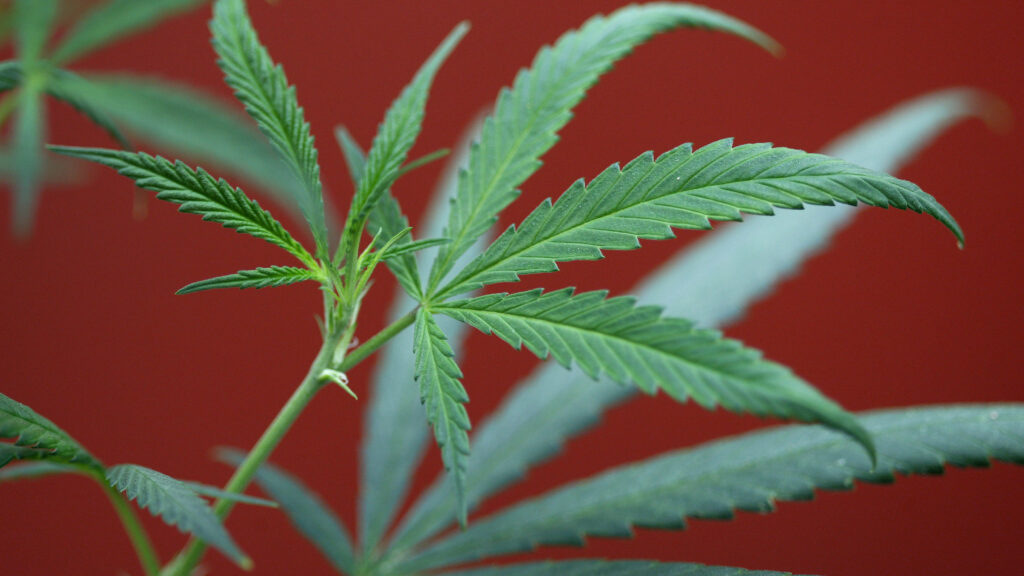 I managed to get through college in the 1980s without smoking marijuana. It wasn’t until I was diagnosed with cancer in the 1990s that I decided to give it a try.

The anti-nausea medicine I was taking to combat the side effects of chemotherapy made me feel like I was going to jump out of my skin and it didn’t banish my queasiness. So I took matters into my own hands and asked a friend for some marijuana. At the time, possessing it or using it was illegal, and there was a stigma around its use. It felt like I had a dirty little secret.

That said, when I smoked it, I felt great. My nausea disappeared, my appetite came back, and I slept like a baby. My two biggest regrets were that I didn’t use it more consistently during my illness and that I hadn’t tried it the first time I had cancer, eight years earlier.

So when the conversation began about legalizing marijuana for medical use, I was totally on board because I believed it would give people more choices and potentially better relief for their symptoms. I’m still on board, but I wish the people who might benefit from medical marijuana could get helpful information about it from their physicians.

Today, cannabis is legal for medical use in 33 states and the District of Columbia. That sounds great, but it is complicated by the mismatch between state and federal laws and by education for both medical students and practicing physicians. Medical marijuana may have come to the states, but there is no integration with the medical community. Patients get their information from friends and the media, and are left largely at the mercy of marijuana vendors.

As I grappled with tendonitis in my elbow, back pain from a horseback riding injury, neck pain from past cancer treatment, and trouble sleeping, to name a few of my current ailments, I decided to do my own research and apply for a medical marijuana card. After what I have seen with the opioid crisis, I was open to trying something different than those potentially risky medications. Though the Internet can be a valuable resource, it is also filled with misinformation, so I hoped to receive more education and guidance as a medical marijuana patient.

Finding a doctor who would certify me as a medical marijuana patient with a qualifying condition was the first step. Most physicians haven’t registered to do this, and my primary care physician was no exception. That forced me to search the Internet for a clinic and doctor that would give me the certification in my state of Massachusetts.

After sifting through the various websites, I found what looked to be a reputable clinic and set up an appointment. The doctor was pleasant, gave me an overview of cannabis and a booklet of information, and completed my certification with the state. I mentioned to him that I had read about cannabis interacting with certain medications, like the statin I was on for my high cholesterol, and he seemed surprised, saying he knew nothing about it. That didn’t infuse me with confidence.

As I visited different dispensaries, I realized that the people behind the counter were giving me advice based on their personal experiences, and didn’t know anything about the risk of using cannabis with various medical conditions, or its interactions with medications.

I was told about concentrate, distillate, and flower; about 1:1, 3:1, and 20:1 CBD to THC ratios; about Sativa, Indica, and Hybrid — all terms I tried to understand. And then there were the crazy names given to the bud: Cornbread, Rainmaker, Grease Monkey. Although the salesperson was patient with me and gave advice, I left the dispensary more confused than when I arrived.

I now have a drawer full of marijuana-related tinctures, vape pens, cartridges, gummies, lozenges, chocolates, and medicated creams. My husband wants to know what I am going to do with it all. I have tried some of these products, but I haven’t smoked or vaped marijuana given my past medical history, and want more information about whether it will harm me by doing so. The learning curve is so steep and dosages so random. You have to figure it out on your own, as everyone responds differently.

The “on your own” part is a shame. Cancer patients, pain patients, and others now have an alternative way to combat symptoms, one that may cause fewer side effects and come with a lower opportunity for abuse, yet their doctors generally can’t give them guidance on how to use it because they haven’t been trained to do that. Patients at cancer centers are desperate for advice but have to go outside the medical system, even for “medical marijuana.” As both a cancer patient and patient advocate, I am worried about patients not receiving the support they need in this area.

On a recent visit to a major teaching hospital in Boston, a nurse practitioner told me how desperate patients are to learn about and use cannabis. I was shocked to hear there is no designated physician or other health care professional in that hospital who can authoritatively have these discussions. “The protocol is to write a prescription for sleeping pills or anti-anxiety or pain meds,” she said, rather than have a discussion about cannabis. “No one wants to be known as the ‘pot doctor’ or take the risk of recommending marijuana.”

There is clearly a need for more research and education around marijuana, for both patients and their doctors. But the research we need isn’t happening because of marijuana’s current federal classification as an illegal substance, despite the fact that individual states have legalized it. This is bad news for patients for two main reasons.

First, doctors rely on research. Without it, they are not only resistant to recommend cannabis but have no real science to inform their decisions. So they mostly stay out of the conversation. People are told to talk to their doctor about using cannabis, yet when I mention it to my doctors they typically shrug and say they can’t give me any guidance. Others tell you to stay away from marijuana. These approaches make me worry that patients will keep their usage secret rather than share what they are doing with a disapproving doctor.

Second, without research there is no real safety profile or guidelines for usage and dosage. Patients are left to experiment on their own.

We may have put the cart before the horse by classifying cannabis for medical use before physicians truly understand its benefits. This creates confusion and a lack of support and potential harm for patients. I believe that physicians should manage a persons’ care holistically, but the current environment makes that difficult to do.

Until there’s some real change, like making it easier to study the effects of medical marijuana and also training doctors about its benefits and risks, we will all continue to be dazed and confused.