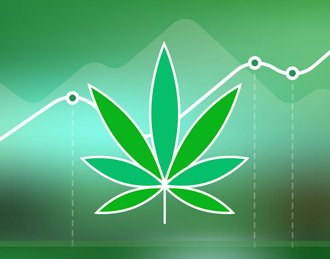 Staying on top of marijuana news is crucial to successfully investing in the cannabis industry.

To maximize profits, you need to know where companies are expanding to and with whom they’re partnering. And you have to stay up to date on new laws and regulations which are always changing the cannabis business landscape.

This article will cover some of the latest marijuana news, including updates on cannabis legalization. And we’ll highlight industry trends you need to know about to make wise investment decisions.

Let this page be your resource for the latest cannabis industry news.

From marijuana legalization to cannabis companies partnering with other businesses, there’s always something happening in the industry.

Let’s cover some of the most noteworthy occurrences in each category.

The Latest with Cannabis Legalization 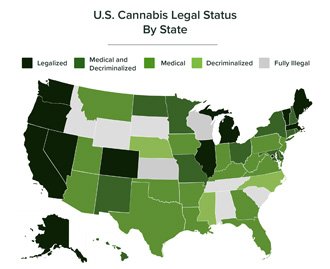 Cannabis legalization is a developing story. The more cannabis is legalized, the more profits stand to be made when investing in cannabis stocks.

Recreational cannabis use is already legal in four countries: Canada, South Africa, Uruguay, and Georgia. Medical marijuana is legal in at least 30 countries on all continents except Antarctica.

In the United States, 33 states, the District of Columbia, and the territories of Guam and Puerto Rico legalized medical marijuana use. CBD-oil products are legal in at least 30 states. (CBD, or cannabidiol, is a non-psychoactive component of cannabis used to treat ailments from depression to seizures.)

And adults can recreationally use cannabis in 11 states and the District of Columbia.

According to U.S. federal law, marijuana remains a Schedule I narcotic, alongside drugs such as heroin and cocaine. But that might be changing.

Congress added hemp to the 2018 Farm Bill, legalizing industrial production of the plant. Companies can use the plant to produce everything from fabric to CBD oil.

In 2019, the U.S. House Judiciary Committee voted to remove marijuana from the Controlled Substances Act. It’s the first step in removing cannabis from the list of Schedule I narcotics, although nothing has occurred on this front so far in 2020.

At the start of 2020, state legislatures and Congress were considering nearly 1,000 pieces of cannabis-related legislation. Many cannabis investors see such legislation as a sign that now is a good time to buy.

In 2018, the Food and Drug Administration (FDA) approved the first cannabis-based medicine.

Called Epidiolex, doctors use the drug to treat seizures in patients suffering from certain forms of epilepsy. In the first quarter of 2020, Epidiolex generated $120.6 million in revenue for its manufacturer, GW Pharmaceuticals.

One industry analyst expects other countries, such as the United Kingdom and Germany, to approve Epidiolex. And the analyst also thinks the FDA will approve the drug for treating different illnesses, such as tuberous sclerosis complex.

In January 2020, Elixicure’s over-the-counter CBD oil pain relief product became the first such product to be certified by the FDA. The topical ointment, which reduces inflammation and soothes pain, could pave the way for the approval of other similar products. These items could include everything from drops to creams and cosmetic products.

Some cannabis industry watchers predict greater adoption of CBD in pain relief and foresee exponential growth in the market. For example, Hemp Business Journal expects the CBD market to reach at least $2.1 billion in consumer sales in 2020.

If it does, CBD-related stocks could see astonishing new highs.

Another area of marijuana news worth watching is the partnering cannabis companies do with other businesses. 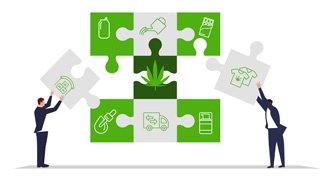 Three notable examples are in the beverage space.

Molson Coors partnered with HEXO to produce cannabis-infused drinks. The company plans to launch its first such product, Flow Glow, in December 2020.

There’s also a lot of activity on the mergers and acquisitions front.

The Cronos Group operates many medical marijuana brands in Canada. In September 2019, it closed a deal to acquire subsidiaries owned by Redwood Holding Group. The agreement opens the door for Cronos to begin U.S. operations.

As with any up-and-coming industry, we’ll likely continue to see acquisitions, mergers, and partnerships.

Such big mergers and acquisitions are beneficial to investors in two ways: They drive headlines, which move stocks higher, and they provide greater distribution and larger markets to the cannabis companies.

Earlier, we mentioned that polls show a majority of Americans support cannabis legalization. But one trend worth watching is that the share of those favoring legalizing marijuana may grow in the coming years.

The same poll that showed 66% of Americans think cannabis should be legal found that this number went up the younger the survey’s respondents were. Eighty percent of Millennials support marijuana legalization. Millennials are people born roughly between 1980 and 2000.

Marijuana legalization may take a step forward, depending on the outcome of the 2020 U.S. presidential election.

A majority of people representing both major political parties support legalization. It is rare to see an issue that has such bipartisan support – a point that provides supporters of cannabis legalization hope.

Another trend is the ever-expanding cannabis industry.

We highlighted an estimate that the CBD market could reach $2.1 billion in sales in 2020. But that’s just one part of the marijuana industry.

Arcview Market Research and BDS Analytics estimate the global cannabis market will grow from $9.7 billion in 2017 to $32 billion in 2022.

The truth is no one knows how big marijuana could get, but current trends certainly provide optimism for investors. It’s a new and developing industry, emerging in places where cannabis was illegal until recently.

Staying On Top of Marijuana News

It’s not easy staying on top of marijuana news. Almost every day, there’s a headline worth catching.

The marijuana industry is an exciting young sector that has room for plenty of growth.

As the industry continues to expand, cannabis news will continue to break. And when it does, you can visit this page for updates that are most crucial to your investing decisions.

Would you like to learn more about adding marijuana stocks to your portfolio?

Start at the beginning of our comprehensive guide to learn about investing in cannabis. You’ll get tips for picking the best marijuana stocks and more.