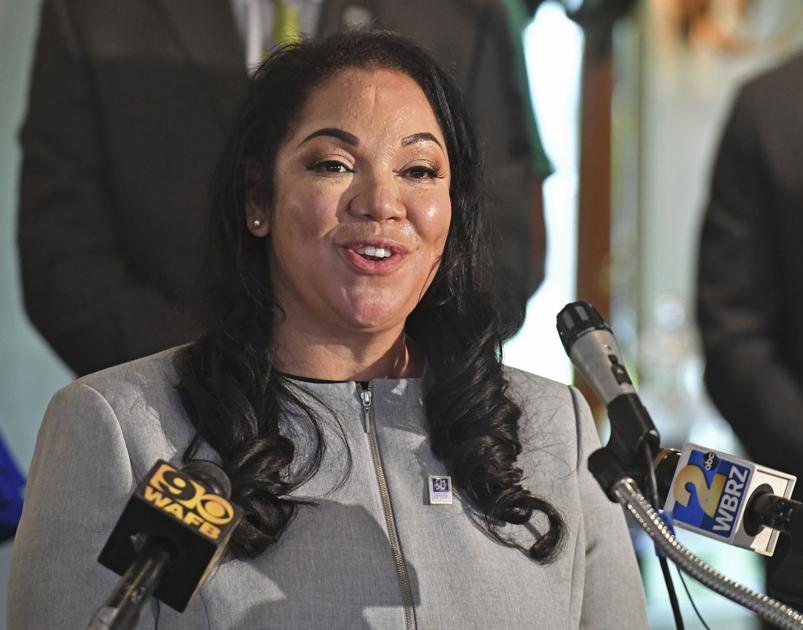 Nearly a year after medical marijuana went from seed to shelves at nine pharmacies in Louisiana, there is a second player in a market that’s about to get a larger pool of patients suffering from a wide-open range of medical conditions.

Within two weeks of Wellcana hitting the retail market last year, nearly 5,000 patients entered the program, with 1,500 receiving the drug at prices between $80 and $200 to treat only about a dozen medical conditions.

Ilera is adding competition to a market in which the pharmacies have struggled with high wholesale prices and slim profit margins, while patients have complained about an unaffordable therapy that’s held back its use.

Wellcana has dropped its prices, though undisclosed for competitive reasons, twice now in the past several months to the level of a much more mature cannabis market, and its profit margin for now is “razor thin,” officials have said. Some pharmacies scattered across the state’s metro areas also discounted their prices earlier this year, realizing that many patients weren’t returning because of the cost.

The cost is driven up in part by federal limitations on tax write-offs common among retailers but unavailable to the pharmacies because marijuana is deemed illegal by the federal government. For that same reason, insurance companies typically do not cover medical marijuana costs for patients.

“There are a lot of our patients who have tried the medicine, but the reason they weren’t continuing was the price…,”  H&W Dispensary owner Henry Ruston said after dropping prices earlier this year. “We can’t have cancer patients not get this because they can’t afford the medication.”

Medical marijuana tinctures at H&W Dispensary were priced between $90 and $200, depending on the strength, and were dropped to $65 per tincture sold in 30-milliliter bottles. Now products under $100 are expected to become the norm, Ruston said.

Ruston has now purchased some of Ilera’s THC products, in addition to Wellcana’s.

“The more products which come on board, the cheaper the cost becomes and the easier access for patients,” Ruston said. “One of the biggest challenges we had was changing the stigma of marijuana. We had a lot of patients in pain and they were thinking of marijuana as smoking up and stuff, but this is something you just put under your tongue.”

About one-quarter of patients had never tried medical marijuana before, and about 15% are replacing opiates with cannabis, a state survey shows. The three most common conditions being treated are intractable pain, post-traumatic stress disorder and cancer.

Starting Aug. 1, doctors can recommend marijuana to patients for any condition they consider “debilitating to an individual patient and is qualified” to treat. Plus, doctors must only be in “good standing” with the Board of Medical Examiners, instead of having to obtain a special license.

The legislation “increases patient access so they can go to a doctor they know,” said John Davis, chief executive officer of Wellcana. “This takes away the barriers and narrow swim lanes that have restricted the Louisiana market,” he said.

Davis has long described the industry as sluggish and has even held back on some production by freezing mature plant buds to keep batches of tinctures fresh.

Between August and December, there were only 4,350 patients in the state’s fledgling program, and fewer than 200 participating doctors across the state.

While that has not happened, the state’s two medical marijuana producers are converting plants they grow into a widening variety of products — and both are planning bigger operations that also include hemp-derived CBD products.

While Wellcana has promoted different strengths of THC tinctures from marijuana in a variety of flavors to treat all conditions, Ilera Holistic’s strategy is to promote specific formulations for some disorders such as autism or amyotrophic lateral sclerosis.

Wellcana produced 600 pounds of dry cannabis flower in 2019. That dry flower was extracted and mixed with oil to produce 18,959 tincture bottles — about 16,524 of which were sold at wholesale prices to the pharmacies.

Davis has said Wellcana’s strategy since the program began has been to meet customer demand for tinctures and continue developing other methods such as edible chews, under the tongue strips, metered dose inhalers and topical creams. The company also quietly rolled out some hemp-derived CBD products in recent months, which are sold over-the-counter at the medical marijuana pharmacies.

Wellcana expects to roll out new medical marijuana products in August, such as the oral strips, and a new concentrate where patients can add extract to foods, which is more similar to what customers would do with raw flower.

“Nobody is going to say our products are unaffordable,” Davis said.

Wellcana’s Baton Rouge facility has the capacity to grow hundreds of plants, and it’s been planning an additional larger plant-growing operation that has been delayed by the coronavirus pandemic.

Ilera’s temporary facility in Baton Rouge had about 3,789 plants to harvest, according to state records, and it has nearly completed a new building with a capacity for tens of thousands of plants. Ilera Holistic Healthcare has promised very affordable prices and is banking that a higher-volume operation can sustain such a decision.

“I was concerned about (high prices) as well,” said Chanda Macais, CEO of Ilera Holistic Healthcare. ”Through our experiences in other markets, we were able to make sure our plant technology has been superior because that’s typically the barrier being able to supply large patient databases. We wanted to make sure we had supply available to everyone.”

Ilera has plans to build and operate an outdoor greenhouse, where medical marijuana will be grown using sunlight rather than grow lamps in a facility without windows.

Ilera Holistic also expects to buy hemp from local farmers and has been selling hemp-derived CBD products since January.

Wellcana’s plans for a larger marijuana-growing facility are at an undisclosed location, likely close to Lafayette, that  would be a center for collecting and processing hemp grown by area farmers. That will support production of CDB, cannabidiol, products, which the company has been developing from hemp. Hemp-derived CBD oils do not contain significant amounts of THC and can be sold legally by retailers.

The stage was set last year by federal and state government for growing hemp, a strain of the Cannabis sativa plant and nonpsychoactive cousin to marijuana, in Louisiana.