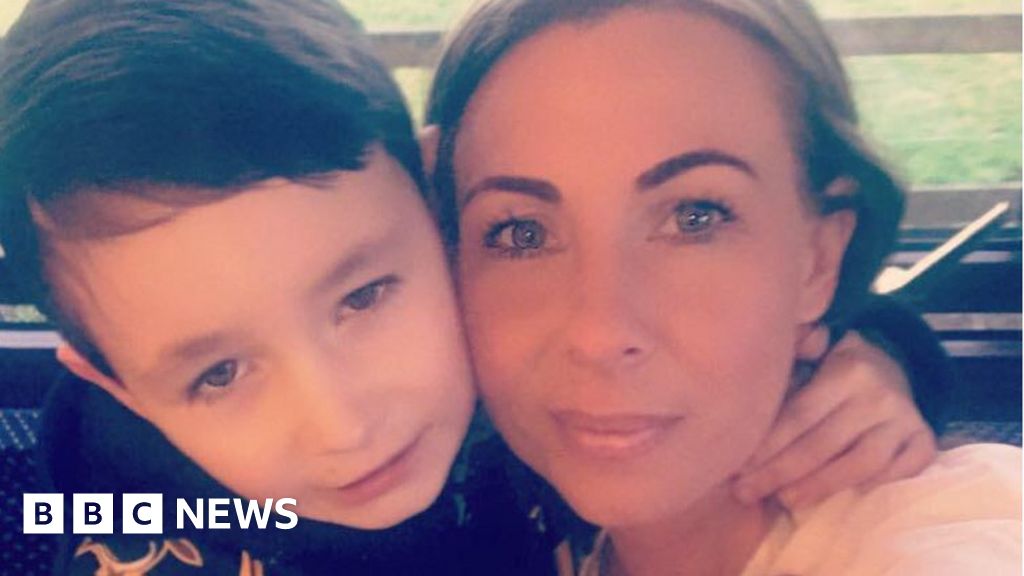 A mother whose seven-year-old son has been using imported cannabis oil for his epilepsy said she is terrified for his life if she runs out.

Lisa Quarrell’s son Cole has a rare form of severe epilepsy and suffered up to 20 seizures a day.

The former police officer had smuggled cannabis oil from Holland to treat him.

She now has a private prescription, but is worried the special supplies from Holland will not get through because of the coronavirus pandemic.

With most of Europe now on lockdown due to Covid-19, she only has a two-week supply left.

Ms Quarrell also said she could no longer afford to pay for the medicine, which costs about £1,000 a month.

The cannabis oil contains the ingredient THC – the part of the plant that produces a high.

Although medicines containing THC can be prescribed in the UK, doctors are largely refusing to do so, saying there is not enough evidence they are safe or work.

Ms Quarrell, who lives in East Kilbride, said that at his worst, her son had lost the ability to walk and talk because of the number of seizures he was having.

“If I don’t get this oil for Cole there is a chance that he will go back to that, or he could die,” Lisa said.

“I don’t know what to expect other than he is going to get really sick and have to end up in hospital.

“Everybody is working really hard to look after the sick and the people who have got coronavirus, so the last thing I want to do is get Cole so sick that he has to end up back in hospital.”

The 38-year-old left policing six years ago to look after Cole who was diagnosed with severe epilepsy as a baby.

He has had brain surgery and tried many anti-epileptic drugs.

In March last year, he was fitted for a wheelchair because his condition had deteriorated so much.

In a BBC Disclosure documentary last year, Can Cannabis Save My Child, Lisa said she had smuggled cannabis medicine into the country from Holland after getting a prescription from a doctor there.

Since May, Cole has been prescribed cannabis oil legally by a private London hospital and it is imported into Scotland legally.

Ms Quarrell fears that her latest order for the supply will not make it into the UK because of coronavirus restrictions.

Ms Quarrell, who is now self-isolating with Cole and his 10-year-old brother Dylan, said even if the supply gets through, she has run out of funds to pay for it. It currently costs her £1,000 a month for six bottles.

She says she has had to cancel fundraising events because of the coronavirus.

“There is the online option but with people not being sure if they are being paid from work, everybody bulk-buying food and medicine for their own families and their own sick, they don’t want to donate,” she said.

“It is a really stressful and worrying time because all I can think about is, ‘am I going to get the oil and how am I going to afford to pay for it?’ because we are now in self-isolation.”

Since taking the oil, Cole has only had one seizure and is now playing football every week and able to run around with his friends.

Just a year ago, he was in a wheelchair and had lost the power of speech and couldn’t even lift his head.

Ms Quarrell, along with many other parents with sick children, has been campaigning for the government to allow families access to the oil but says so far all she has had is empty promises.

She said: “I had a meeting two months ago with the Chief Medical Officer and she said she was making me and Cole a priority.

“Two months on and I am not even getting replies to my emails now.

“Under the circumstances, I think there should be a fund put in place to help me access medicine for my son. They are doing it for pubs so they don’t go under, but this is my son’s life.”