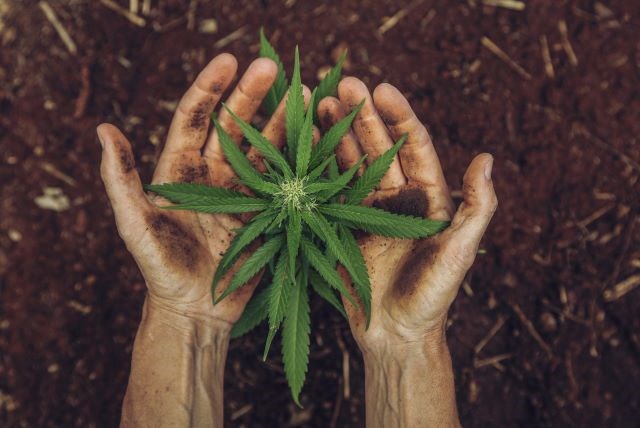 Ohio’s farmers will be growing hemp this spring.

It’s a risky crop, but these farmers are “the pioneers that are trying to make this work,” said one advocate.

They know hemp won’t make much of a profit at first, mainly because of regulations, said Julie Doran, founder of the Ohio Hemp Farmers Cooperative.

“All the states might be able to work through their pilot program this 2020 growing season, but after the USDA adopts their final rule on hemp regulations, they’re all going to have to adapt to a total THC,” she said.

According to Hemp Industry Daily, crops that exceed the total THC requirement are subject to disposal under USDA rules, resulting in farmers potentially losing most of their investment.

“The Ohio Department of Agriculture is telling farmers to only invest in what they’re willing to lose,” said Ty Higgins, director of media relations for the Ohio Farm Bureau. “So if that tells you anything about the market and what the unknowns are in this industry, that would be the thing I would share when it comes to hemp production in Ohio.”

The average hemp farm typically is less than 5 acres.

“I’m always telling them to start on low acreage,” Doran said. “This is a very labor-intensive crop, and you’re out there every day with your hands and eyes on these plants. It’s not something you do from a tractor.”

“It’s a brand new industry,” she said. “No one has been growing this plant for more than four years anywhere in the U.S., so to say we can just start out and be so strict on these regulations and have to comply with all of these; I just really warn, you know, this is a risky business, and we’re the pioneers that are trying to make this work.”

Another contributor to hemp cultivation risk is where the crop will go after it’s harvested. Farmers have to create their own sales opportunities, and there isn’t one company waiting to buy their crops.

“When it comes to corn, soybeans or wheat, farmers know their market,” Higgins said. “They know what elevator they’re going to sell to and how they’re going to move it down the line. With hemp production, the farmer has to find [his or her] own market for hemp. There are different companies out there farmers will have to work one-on-one with in order to create that marketplace and sell their product in the end. It’s one of the most important factors of hemp production in Ohio, is where it’s going to go once it’s grown. And farmers have to figure that out on their own.”

The majority of the hemp market focuses on products that include cannabidiol or CBD, the nonpsychoactive compound found in cannabis plants. More than 90 percent of hemp crops are used for CBD, according to Doran.

“It’s a totally different plant than your industrial hemp plants for fiber and seed,” she said. “It’s planted different, it’s harvested different and the uses are different. But the majority of everything is being grown for CBD right now because it’s medicinal, and it’s where the high dollar is right now.”

Although the Food and Drug Administration has approved only one CBD-based drug, Epidiolex, to treat two rare forms of seizures, people use CBD to treat a variety of conditions, such as anxiety, chronic pain and insomnia.

While the most money is being made producing hemp for CBD, Higgins noted that it also is a big time and financial investment.

“When it comes to producing CBD oil, there’s going to be a lot more maintenance during the growing season and a lot more risk to make sure your THC levels are below legal level to qualify for hemp,” he said. “It’s going to cost more to produce CBD oil, but on the back end, you’ll get more than you will for any other product.”

The CBD market is predicted to reach $22 billion by 2022, according to the Brightfield Group, a company that monitors the CBD and cannabis industries.

Despite the optimistic financial predictions for the CBD market, Erica Stark, executive director of the National Hemp Association, said there is no estimate of hemp cultivation profits, as the industry is in a state of flux.

“There’s still a lot of wild cards as far as where that number is going to lie,” Stark said. “A lot of that is going to depend on how the FDA chooses to regulate CBD and how much the market is going to continue to grow for CBD products, assuming there is a clear legal regulatory path forward.”

Hemp for fiber and edible seeds

Hemp also can be used for much more than its extracted cannabidiol. Hemp is a strong fiber that can be used in making textiles. It also yields edible seeds with significant nutritional value.

Stark said the fiber and grain side of hemp is a totally different model than CBD cultivation.

“There’s still a bottleneck in the processing of hemp fiber,” Stark said. “I do anticipate over time as more investment is made into the infrastructure for fiber processing that, ultimately, fiber hemp will exceed cannabinoid hemp by a lot. When we start being able to use it for manufacturing processes — in making building products, car parts, paper, bioplastics and all the things the fiber is useful for — that’s where we’re going to see massive amounts of acreage being grown, and markets for that acreage.”

Despite the popularity of CBD hemp now, Doran sees industrial hemp being the greater focus in the future. She also pointed to a potential downside for growers of CBD hemp.

The rules for hemp in Ohio still are still being written and haven’t been finalized by state legislators. Higgins is hopeful that will come in the next few weeks.

“[Farmers] are waiting on those rules to be finalized, waiting to see what licenses they need in order to be official and be able to plant and cultivate and sell hemp in 2020,” he said. “So as much as they’re excited about the opportunity of this new crop and seeing what market there is in 2020, I think the focus right now is, ‘What do I need to do in order to grow it?’ Not that they’re not thinking ahead about the market, but I don’t think that’s the first thing they’re concerned about. They just want to know how to get started.”

Doran said the basic starting costs will be the licensing fee, which is $500 per location per year in Ohio, and seeds.

“These farmers are looking for a new crop, just because they know what they’ve been doing for the past 10 to 15 years isn’t working out,” she said. “So they’re anxious and curious to see, and I always suggest everybody does as much research and go to all the classes they can, because that’s how they’re going to learn. But there’s no professional out there that has been doing this for 20 years. It’s really just everyone being open and sharing what works and what doesn’t work.”

Higgins also predicted there may be too much hemp on the market in the first couple of years, as eager farmers join in the industry.

“Prices will go down. There might not be a market for it. But I think in the long run, once we figure out what the market is, I do think hemp will be a product that’s produced in Ohio for the long term,” he said. “It’s kind of like the Gold Rush. Everybody wants to get started right now and see how they can make an impact in the industry.”

There will be a lot of work farmers need to do to keep up with the industry, Higgins added.

“I think ‘cautious optimism’ would be the words I would use to describe what is going on with Ohio and hemp,” he said. “There’s so much excitement — yet there’s a little bit of wariness about how it can be utilized and be an additional stream of revenue for farmers that have been struggling financially for the last eight years.”

— This collaboration is produced in association with Media in the Public Interest and funded in part by the George Gund Foundation.

Topicals vs Pills vs Tincture vs Gummies: Which Products Test Most Consistent to Label Claims? – L.A. Weekly