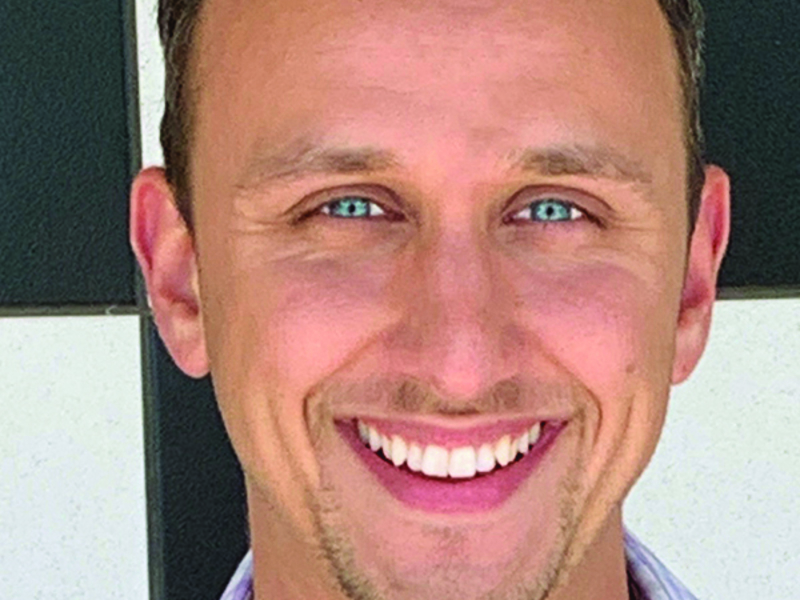 At Mustard Seed Market & Café, cannabidiol (CBD) products are flying off the shelf faster than they can be stocked.

The store first started selling CBD products and supplements about two years ago. But Gabe Nabors, the recently installed CEO of the decades-old business, said customer interest — and his own — has only grown since then as stigmas surrounding cannabis evaporate and more people buy into its supposed health benefits for treating a range of ailments, from pain and anxiety to problems with sleep.

In response, the store has made a significant (but undisclosed) investment in CBD to satisfy and capitalize on customer demand.

“This will be the biggest supplement trend we’ve ever seen,” Nabors said.

Indeed, CBD is exploding in popularity. The total U.S market for both hemp and marijuana-derived CBD saw an estimated $641 million in retail sales in 2018, according to research by New Frontier Data. That marks an annual growth rate of 56%.

New Frontier currently projects the CBD industry will be worth $1.5 billion by 2020 and $2.2 billion by 2022, with potential for even greater growth depending on how quickly and to what extent federal regulations — such as those from the Food and Drug Administration — are established and what the rate of adoption looks like for big-box retailers.

Although some companies, such as CVS and Walgreens, are tapping into the CBD craze in some markets, it’s largely smaller retailers, like health food stores, smoke shops and even gas stations, that are putting those items on shelves today.

Customer demand, coupled with the industry’s trajectory, inspired Mustard Seed to launch its own line of organic, hemp-derived CBD products, Hemp Luxe, in May. The store carries edible oils, creams, soft gels and balms. Additional products are on the way, including gummies and a line of CBD products for pets. Nabors said the most popular product today is an all-natural, mandarin orange- flavored tincture that features CBD concentrate mixed with MCT oil (which is most commonly extracted from coconuts).

Products in the development phase include massage oils, bath bombs and roll-ons. The items are private-labeled, produced by a Colorado manufacturer Nabors said he’s not permitted to name per the terms of their partnership.

CBD interest has been so high that Mustard Seed, founded in 1981, has established an e-commerce platform for the first time to support online sales; it’s also serving as a sort of testing ground for selling other Mustard Seed products. Nabors is looking at wholesales of Hemp Luxe for other retailers, too. Both are new streams of revenue for the family-owned business.

Since the company began marketing its Hemp Luxe brand about a month ago, Nabors said overall sales of CBD items have jumped 30%.

“Never in the history of Mustard Seed Market have we seen such a tremendous response to a product that is providing (customers) benefit. And, ironically, we have been carrying hemp itself for decades,” he noted. “As a small business in today’s highly competitive marketplace, it is imperative that we seek additional revenue streams. Hemp Luxe has provided that opportunity both as a product and for us to enter the e-commerce marketplace.”

The hemp and CBD industries overall could offer a similar impact for other small businesses and farmers once certain laws in Ohio are addressed.

Most CBD in the market today is derived from hemp, the nonpsychoactive cousin of marijuana.

A piece of the 2018 federal Farm Bill removed hemp as a controlled substance, opening up legal sales of hemp-derived CBD products while setting in motion a process for regulating them through groups like the FDA.

But before that happened, Ohio set rules for its Medical Marijuana Control Program in a bill signed by Gov. John Kasich in 2016. The bill called for a legal marijuana program that could function as early as September 2018.

Ohio rules don’t distinguish hemp from marijuana. So as far as the Board of Pharmacy, which oversees Ohio’s marijuana dispensaries, is concerned, all CBD products — even if derived from hemp, and even if intended solely for pets — are only allowed to be legally sold through licensed medical marijuana dispensaries.

That discrepancy has led to mass confusion among local retailers across the state.

Many shops, like Mustard Seed, have continued to sell CBD as they were, emboldened by the descheduling of hemp federally via the Farm Bill. Others, worried about product seizures and fines, sold off their inventory.

Enforcement has been left up to local agencies, though, leading to seemingly legal if otherwise arbitrary raids in markets like Cincinnati. As recently as February, Kate Zaidan, owner of Dean’s Mediterranean Imports in Cincinnati’s Findlay Market, was told to stop carrying her line of Queen City Hemp products.

“We were under the impression we were under our legal rights to carry it,” Zaidan said. “But the health department came and took it off our shelves. It’s currently embargoed and we’re waiting on the next steps.”

Those next steps lay with the passage of Senate Bill 57.

The spirit of the bill is to establish a regulated hemp program here as Ohio is one of just a handful of states that never established a pilot hemp program, which has been allowed since the 2014 Farm Bill.

Being so slow to the hemp game means Ohio is missing out on a lucrative industry that could benefit farmers, processors and retailers, along with other ancillary businesses and universities that want to plant and study hemp, such as The Ohio State University.

Take Cleveland’s Garett Fortune, for example. He’s chairman of Rocky River-based Capital G Ltd., the parent company of a variety of brands serving the hemp and marijuana industries including FunkSac and HempSac, which provide smell-proof packaging manufactured in Cleveland to cannabis companies.

Fortune is building a $5.5 million CBD processing lab in Las Vegas instead of Ohio because of the lack of regulatory support here.

SB 57 is currently working through the legislature. It was first approved by the Senate in late March, but has been passed around and revised since then. The most recent version moved out of the House last week. Sources say the bill is on track for approval very soon, and it has an emergency provision within it putting the rule changes into effect as soon as it’s signed by Gov. Mike DeWine.

Once that happens, sales of hemp-derived CBD will no longer be restricted to licensed marijuana dispensaries (those rules don’t apply to marijuana-derived CBD) and stores that were raided, like Zaidan’s, will have an opportunity to get their embargoed products back.

That will be a welcome change for current and aspiring CBD retailers, but maybe less so for medical marijuana companies.

Bill Kedia, co-founder of Ohio dispensary brand Terrasana, which is working on opening its fourth location, said that as a physician, he isn’t thrilled about hemp-derived CBD or its wide availability in the market.

He’s most interested in marijuana-derived CBD items, if anything, and high-CBD/low-THC marijuana flower that’s already being sold at the store. He asserts those products are not only more effective but of higher quality than hemp-derived CBD oils because of the state-required quality testing imposed on dispensaries.

“As a business owner, I don’t want to see CBD sold outside the dispensary. I think it hurts our industry because people are turning to it, they hear it works, which potentially takes sales away from us,” he said. “But as a physician, CBD produced right now is untested. None of it is being regulated by anyone whatsoever. It’s literally the Wild, Wild West. You have no clue what you’re getting.”

Nonetheless, the hemp market (and its CBD derivatives in particular) is a trendy industry right now. And while it’s unclear how the FDA or other agencies might regulate CBD supplements , SB 57 is the first step to further empowering businesses that want to capitalize on its popularity while the “green rush” draws on.

“There’s been a lot of confusion in the marketplace, and confusion is bad for business. The hemp industry could be a boon for Ohio, farmers in particular. And SB 57 aims to eliminate that confusion under state law,” said Tom Haren, a Frantz Ward attorney and executive vice president of the Ohio Hemp industry Association. “The extent to which Ohio can be competitive in the industry depends a lot on the shape those regulations take.”