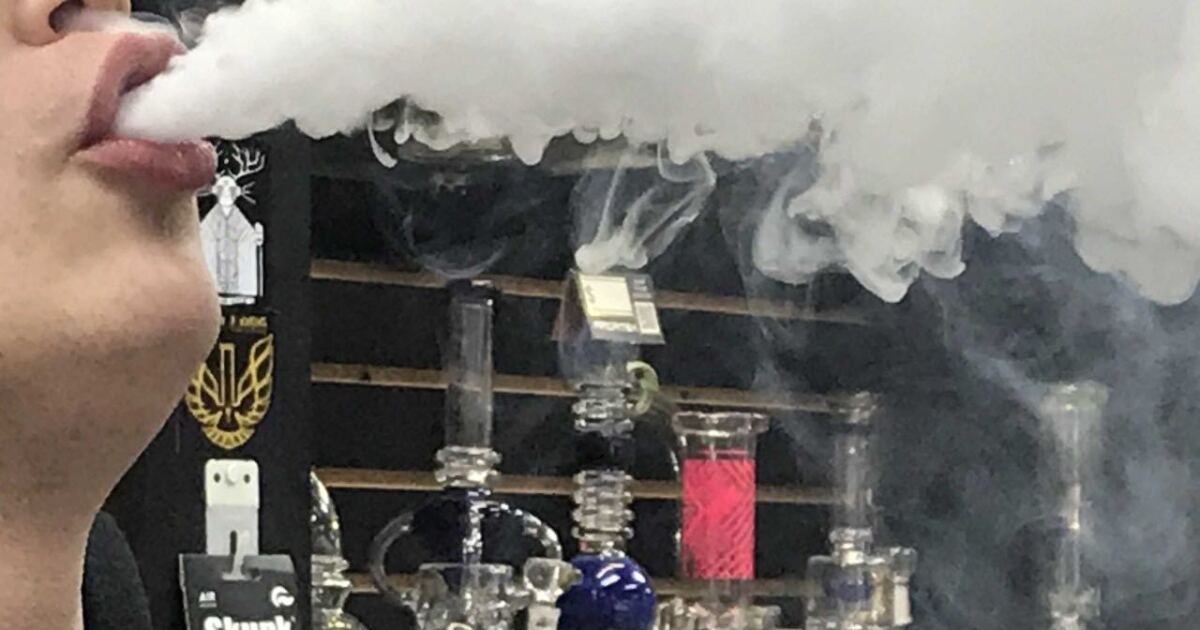 KANSAS CITY, Mo. — The Centers for Disease Control and Prevention is touting a breakthrough in research into the vaping illnesses epidemic.

“Lots of people are buying black-market vape cartridges and nobody knows what’s in them,” Gerry Donovan, a local CBD and vape shop owner, said

Health professionals and people in the vaping industry as well as the medical marijuana industry have known about the problem for quite some time.

But the CDC now has found a link to help explain why more than 2,000 people have come down with mysterious, vaping-related lung illnesses.

“We’ve known it was some fatty material that was universal in these individuals that had this degree of lung injury,” Dr. Vincent Lem, a pulmonologist at St. Luke’s Hospital, said.

Health officials reviewing samples from patients with vaping-related lung illness, discovered that all 29 samples in one batch tested positive for vitamin E acetate.

THC, the primary psychoactive chemical in marijuana, was found in 82% of the samples and nicotine was found in 62%.

Vitamin E acetate is an oil known as a lipid-laden macrophage, which is used in everyday products like skin care and food.

“We are dealing with a legal market, especially a very highly-regulated market, where our current folks within Missouri are trying to push for higher regulations on vapor products,” Donovan said. “That leads to a safer end-product.”

Donovan, who eventually hopes to expand his CBD business to medical marijuana, said there’s a lot of confusuon about the danger of nicotine vapes, like Juul, and THC vapes.

“It’s been very detrimental to not only small businesses, but to the consumer,” he said. “We’ve got a number of customers that have turned to traditional cigarettes because they were scared.”

Vitamin E acetate is thick and nearly identical to THC oil used in vape cartridges, making it a perfect substance for black-market dealers to cut their product.

“When you heat it up to 300 degrees, like you do with an electronic cigarette, and you inhale the vapors of an oil, that’s a lot different than having room-temperature oil on your skin,” Lem said.

He noted that the medical community isn’t sure what about the oil makes people sick, whether it’s the oil coating the lungs or the reaction to the inhalation, but he thinks the repeated inhalation multiple times a day may play a role.

He’s had patients who initially were thought to have some form of pneumonia, but figured out the problem only when doctors started asking if they vape. Patients were coughing and having chest congestion weeks or months prior to finally coming to the hospital.

Cannabis Beverages as a Refreshing Option for Consumers – Plants Before Pills